If you think that’s a long name, you should hear her official kennel name but it would take up most of this page so we’ll just leave it at the shortened Phoenix or Lem as she’s quite often called. 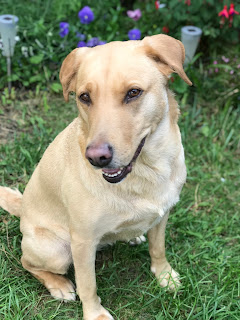 I have acquired all of my fur babies in unusual ways and Phoenix’s story is no different. She is my first dog of my own. My previous dog Shanie passed away in 1999, she was my Mums dog who I had grown up with.

So I had a gap of twelve years with no dog. Before Phoenix joined our family we only had Sox and Vixen who had not long ago moved in.

Me and my partner at the time had been talking about adding a dog to our family for some time. However the timing never seemed to be quite right. He travelled a lot for work and we both wanted to enjoy having a dog.

It was late in 2011, my partner was home for a prolonged period and we were enjoying a nice autumnal walk in the park. I was quite unwell at the time and was going through such an intense bought of anxiety. We sat underneath our favourite tree and I mentioned to him that it may be beneficial to add a dog into our family. I remember saying to him

We discussed it and went though a list of breeds, we had previously considered Collies and Poodles. Out of nowhere I said “Labrador” not a breed we had ever really considered. We discussed how they are very trainable and thought it would be great to train one ourselves as a mental health assistance dog.

I am always a firm believer in adoption, however on this occasion we thought the best route would be to get a puppy. Purely because we already had the two cats and bringing a full sized dog into the household could have really unsettled them. Vixen was particularly nervous around dogs. 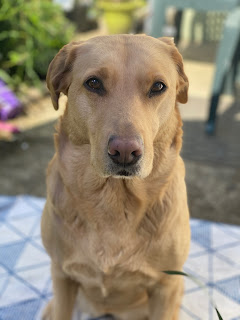 That very night we came across two adverts for Labrador puppies looking for homes. Both were KC registered breeders but the first advert something just didn’t seem right. So the second advert we looked at we decided to contact the breeder.

The next afternoon we went to visit the breeder and puppies just to “look” and gain as much information as we could about the breed. We had both previously owned dogs but had never had a Labrador.

As we walked into the breeders home the puppies were all sleeping with their mother. There was one puppy laying on its back, feet in the air and I just instantly thought

There were two puppies left to be reserved, we picked up the first and although she was beautiful she didn’t feel like ours. Then the second one I picked up, the tiny tail was wagging and she fell asleep in my arms. In that instant I was smitten. I looked over to my partner and the look on his face said

“How much is all this going to cost me?”

The puppies were only five weeks old so we reserved her there and then and would be bringing her home some weeks later.

We had no idea what we was going to call her, all we knew was she was special. On our way to visit them we saw the word Phoenix three times. Both being spiritual we took it as a sign that we was meant to be doing this. It was only that evening when talking to friends I said

For the next few weeks we were getting everything ready for our new arrival, we practically bought out the pet shop of their puppy supplies.

I bonded with her the minute I met her, I knew she was special. All of the training plans had gone out of the window, I was in love with this little bundle of yellow fluff and surprisingly the cats both took to her almost instantly. 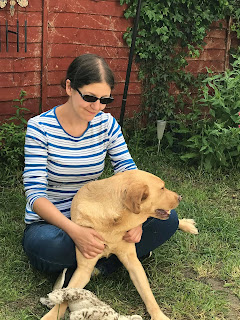 From that day on she has never left my side. She is my shadow, she follows me everywhere. We have such a strong bond. She really is the best dog I could ever have imagined. She is so good she doesn’t eat things she shouldn’t, doesn’t raid the bin, doesn’t chase cats, squirrels, birds anything. On the contrary she loves animals, she loves being around cats. When we have come across severely injured or worse animals on our walks she becomes very upset and vomited when we found a cat we knew in the road. She is so sensitive and caring.

I have always trained her from a very young age, most of it she picked up naturally. Over the years she has learnt how to detect when I am feeling anxious or about to have a panic attack. She can sense when I am feeling low and cheers me up. When I went through the breakup she was the one who kept me grounded and focussed.

Phoenix really is the most happiest dog I’ve ever met, she is such a little character and I really could not imagine my life without her.

Keep an eye on our page as we will soon be launching a new project focussed entirely on mental health assistance dogs. Updates will follow.