Trials and Tribulations of a cat mum, or dog Mum

People with children often say to me

“You don’t have children you couldn’t possibly understand the struggles of parenthood. Sleepless nights, tantrums, being covered in sick, not going to the loo alone”

That’s where you are wrong, I do understand the struggles you face daily. To be honest our lives aren’t entirely that different, rather similar in fact.

I cannot remember the last time I slept through the night, between being woken up by one of them needing cuddles after a nightmare, or taking up so much of the bed that there is no room for me. Waking up only to find I’ve been puked on, or pooped on, or on one very unfortunate night when someone had a bad case of the runs and instead of using the litter tray that was just a few steps away decided to jump up and do the lot right in the middle of the bed. To then have to clean up the puke or poo, change the bedsheets in the early hours, dealing with any other incidents they’ve had throughout the night. Only to be woken up at 5:30am or if they’re being generous 6am demanding to be fed, for me to ignore them. When they then proceed to jump on me, bite me, claw at me, attack my feet from the side of the bed, knock the lamp off the bedside table, pull the wallpaper off? Oh and yes this routine happens every morning. Once I am up, awake and fed the little darlings they then have the cheek to go back and sleep, on my bed.

There have been many a many a night where I have been up all night caring for one of my sick babies.

The night Phoenix was rushed into the hospital at midnight then into surgery at 3am for a three hour operation. That was the longest night of my life sitting in that waiting room unsure if she would make it through the surgery.

The next night when she was back at home I spent the night laying on the sofa watching her sleep, just incase her sutures ruptured or she stopped breathing (something which happened previously after a surgery) I didn’t sleep properly until 10 days later when the stitches were removed. I spent two weeks sleeping on the sofa, well dozing as I was so worried I had to keep checking on her.

Or the night when Sox was really ill and suffered a seizure in the night and I had to stay up with her just incase she went into another one.

Ironically something I still have to do whenever Starla has a seizure.

On two occasions I have been laying on the bed comforting two cats dying, one thankfully went so peacefully but one was a sudden deterioration that was absolutely traumatising.

How many times I make a nice cup of tea or coffee, and then have to clean poo, feed someone or go and retrieve a “lost” toy that apparently MUST be found right this minute. It’s been under the sofa all week but no they decide this is the crucial moment. I then return to a cold cup of tea or coffee, or even worse return to find someone has already finished it for me. 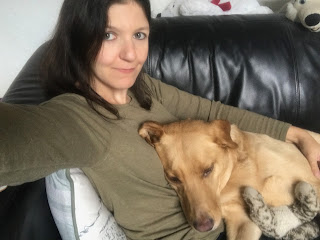 More times then not my living room floor resembles a kindergarten. Toys absolutely everywhere. Balls waiting for me to trip over them, catnip mice that I swear are starting to look too realistic for my liking. I tread on damn toys all the time, or even worse a piece of what I call b**t**d f*k***g cat litter. I trip over everything, even the cats themselves sometimes.

Quite often there’s usually a discarded body been left for me to discover. Always when I very least expect it, like just after I’ve walked through a dark room to open the curtains, finding a lifeless spider in amongst the threads on the rug. Or even more disturbing attached to my foot.

Doing anything remotely simple takes forever, even typing this article has taken over 6 hours as I’ve been disturbed by food time, playtime, deliveries, zoom meetings. Whenever I do try to do something I always have to get up at least once. If I go to the loo someone always follows, if I have a bath I’ve sometimes got all 3 of them in there with me causing all manner of mischief.

Counter in twice daily walks with Phoenix, cleaning the house, cooking, feeding and doing my own work I really do not get much time to do anything else.

I may not have human children (not through lack of trying) but I have three children. A 9 year old and two almost 5 year old twins. 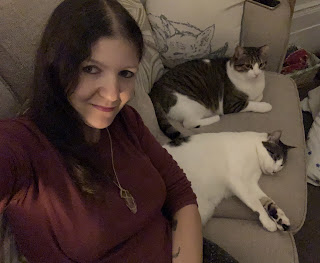 Pet Mums are still Mums, we still care the same and often do the same things as mums of children. Every Mum is a Mum first and foremost. It doesn’t matter if your babies are human or furry we still do the same job. We still have to do our best, they still depend on us and we try to do it the best we can. Mums are Mums.

This weekend is Mothering Sunday here in the UK so this article is dedicated to all Mums out there reading this. You are all amazing.